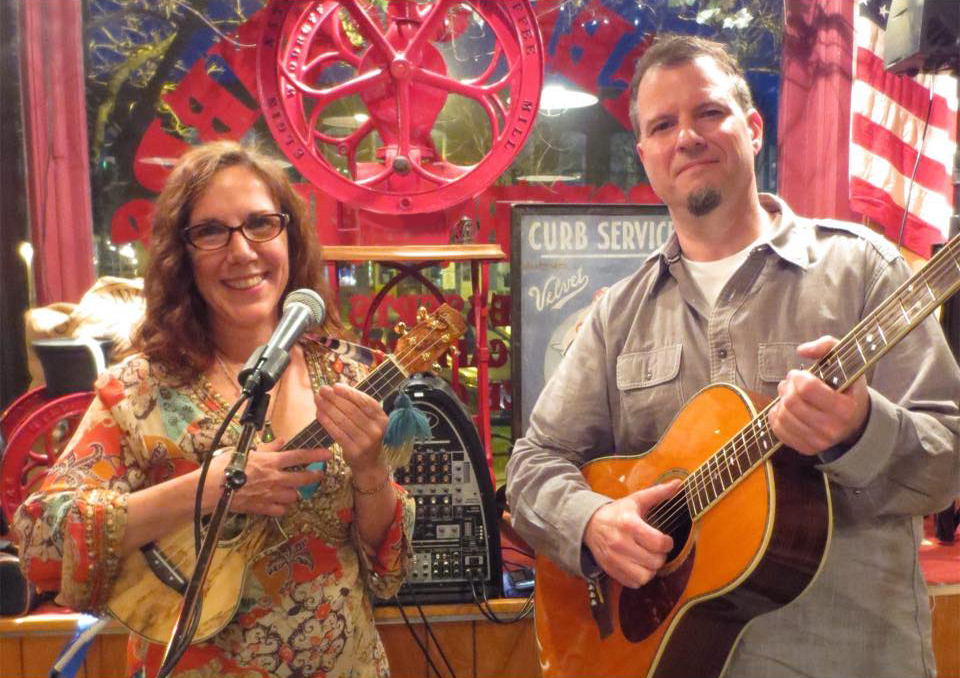 The Fretters, Angela Berlingeri & Joe Troyan, are an acoustic duo, whose sweet harmonies stand out at the forefront of their musical arrangements. They enjoy playing a wide variety of venues and events, from weddings and corporate functions to outdoor festivals and restaurants.

Entertaining for all ages, they keep their sound fresh throughout each set, by playing a variety of instruments including guitar, ukulele, melodica, keyboards, recorder, and various percussion instruments.

Like their home in Northeast Ohio – where the Rock Hall is a short hop from rolling green hills and Amish buggies – their music encompasses a variety of genres, including folk, classic rock, old-school country, bluegrass and traditional.

Whether singing along to their favorite songs or chatting with friends over a glass of wine, audiences always appreciate the intimate atmosphere that The Fretters create.

Because many favorite venues are small cozy places where copyrighted material is prohibited, The Fretters have added a score of beautiful traditional and original songs to their repertoire. If a song has survived a couple of hundred years it probably deserves to be heard a few more times!

Angela was born into a multi-generational musical and artistic family. Her father, Joe Berlingeri, a successful jazz musician, would line up his three little girls and teach them the basics of singing in harmony. Throughout childhood, singing and playing a variety of instruments was a daily part of life. As a tween and teen, she was involved in many bands as a singer/keyboard artist. Although she chose visual arts as a profession, she kept the joy of music alive by participating in community and semi-professional choirs. After years of urging she finally appeared as a guest artist with several bands including the “Tashmoo Trio” and “The Barking Daisies”. These appearances were the catalyst that clarified her desire for her own musical group. When she met Joe in 2012, she knew she had found the music partner she’d been looking for, and “The Fretters” were born.

Originally bi-coastal, Novelty, Ohio is her long time home, where she lives on none other than…Music Street!

Carrying on the family tradition of music (his father was Frank Troyan of “The Frank Troyan Quintet”), Joe picked up his first set of drumsticks at the age of five. In years past he has played with bands such as “Nebulous”, and “Chuck Mosbrook (aka Charlie Mosbrook) and the Electric Monkey”. After many years of percussion and drumming, Joe decided to reveal his melodic side, playing guitar and singing harmonies. When Joe met Angela, the two fell into step, singing and playing as if they had always known each other.

Joe’s love for artists like Guy Clark, John Prine, and Steve Earle are evident in his music. A promising songwriter, his original work has been featured at The Brothers Lounge.

Joe hails from Ohio and now lives in Streetsboro, from whence he loves to hike and bike the Buckeye State. 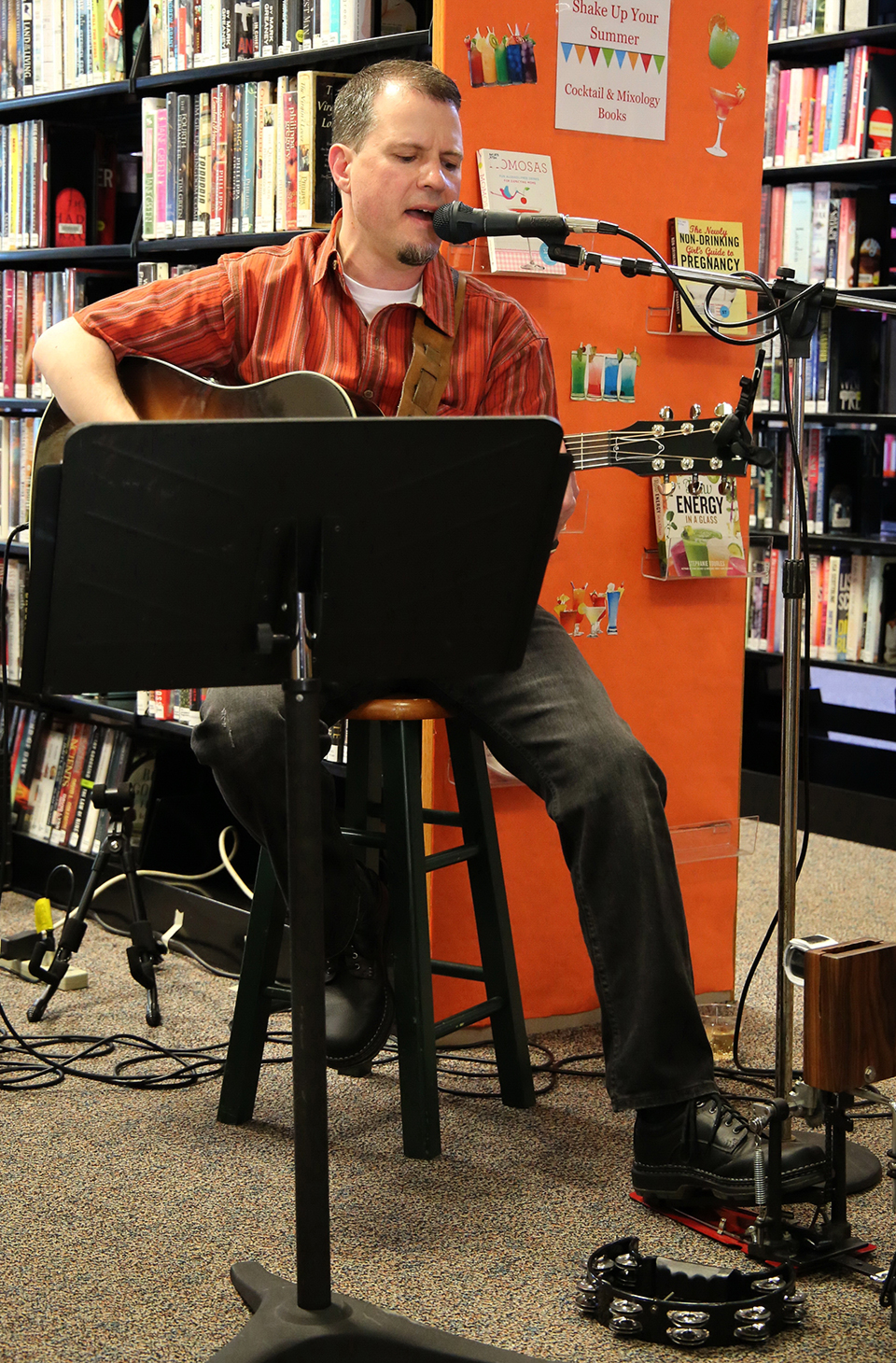 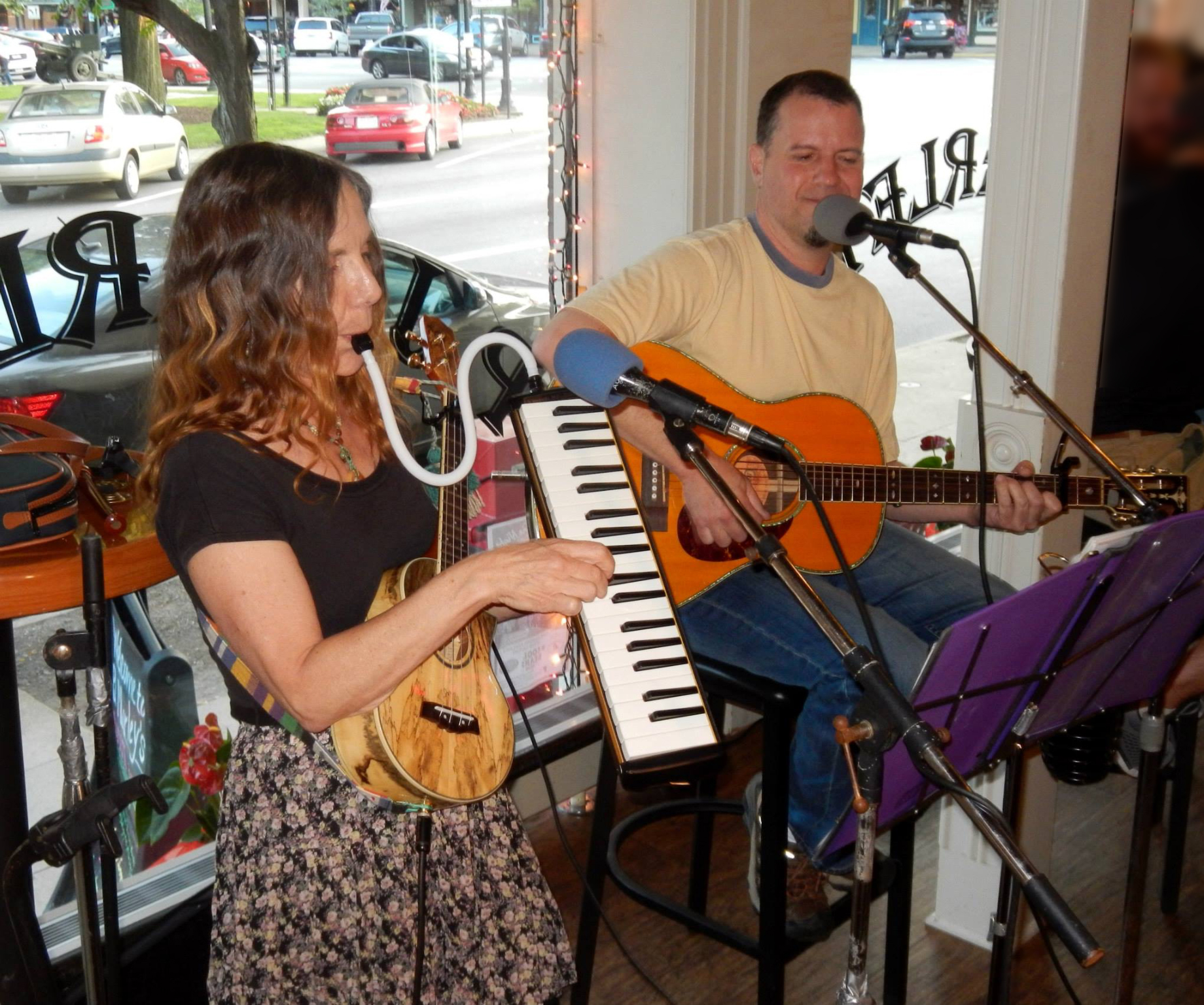 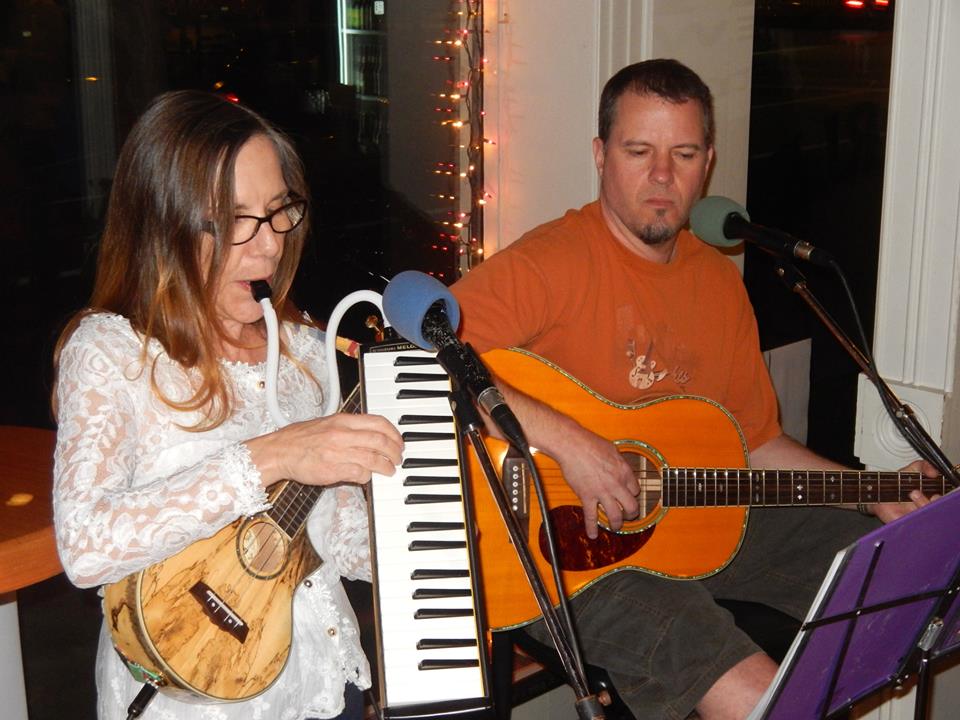 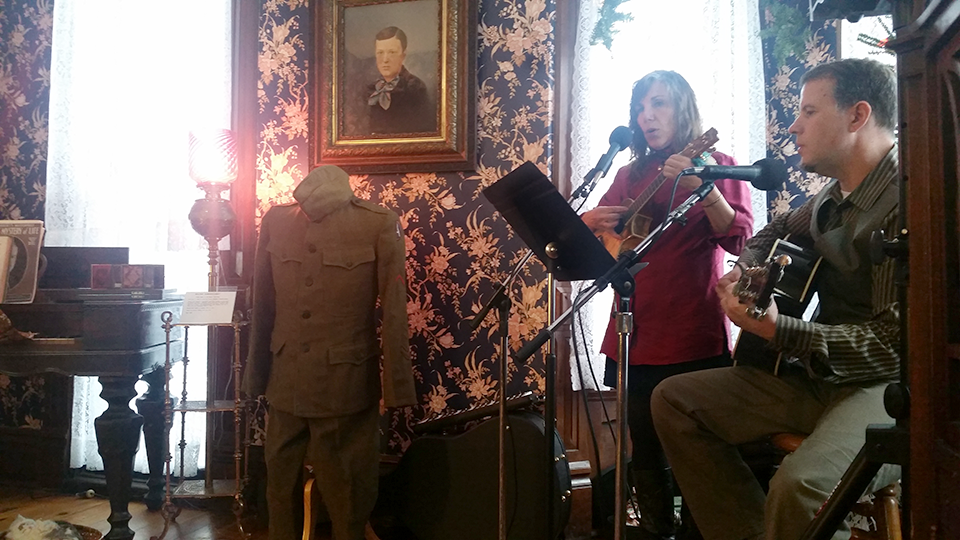 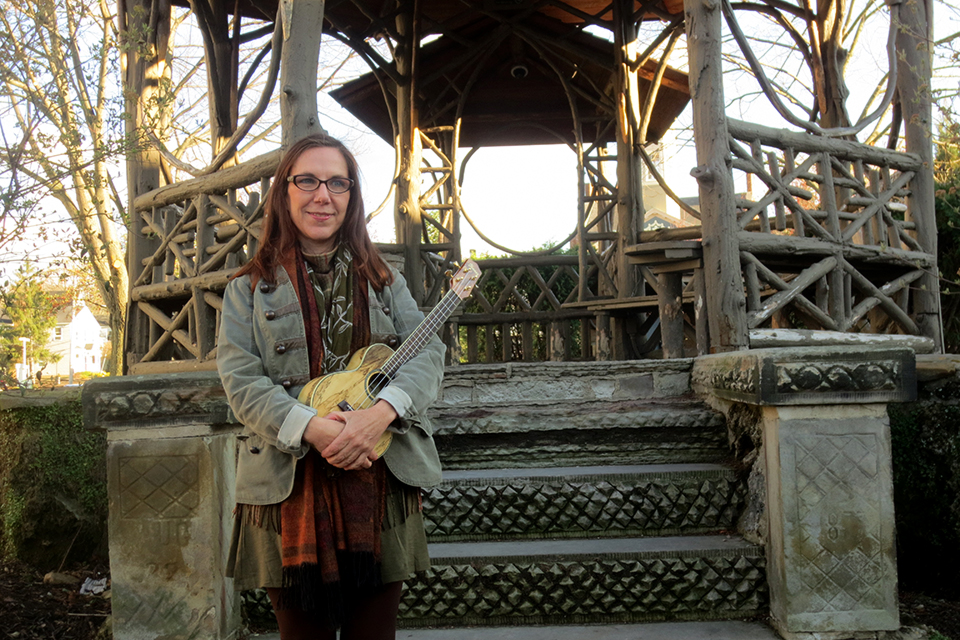 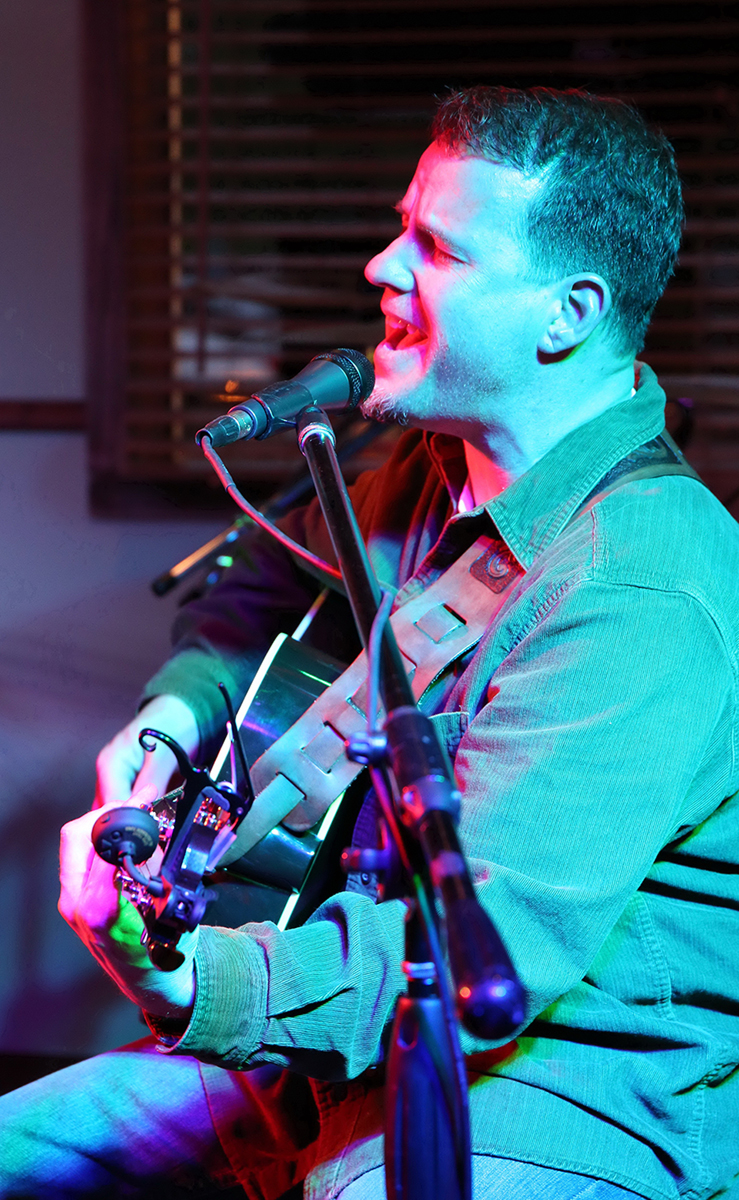 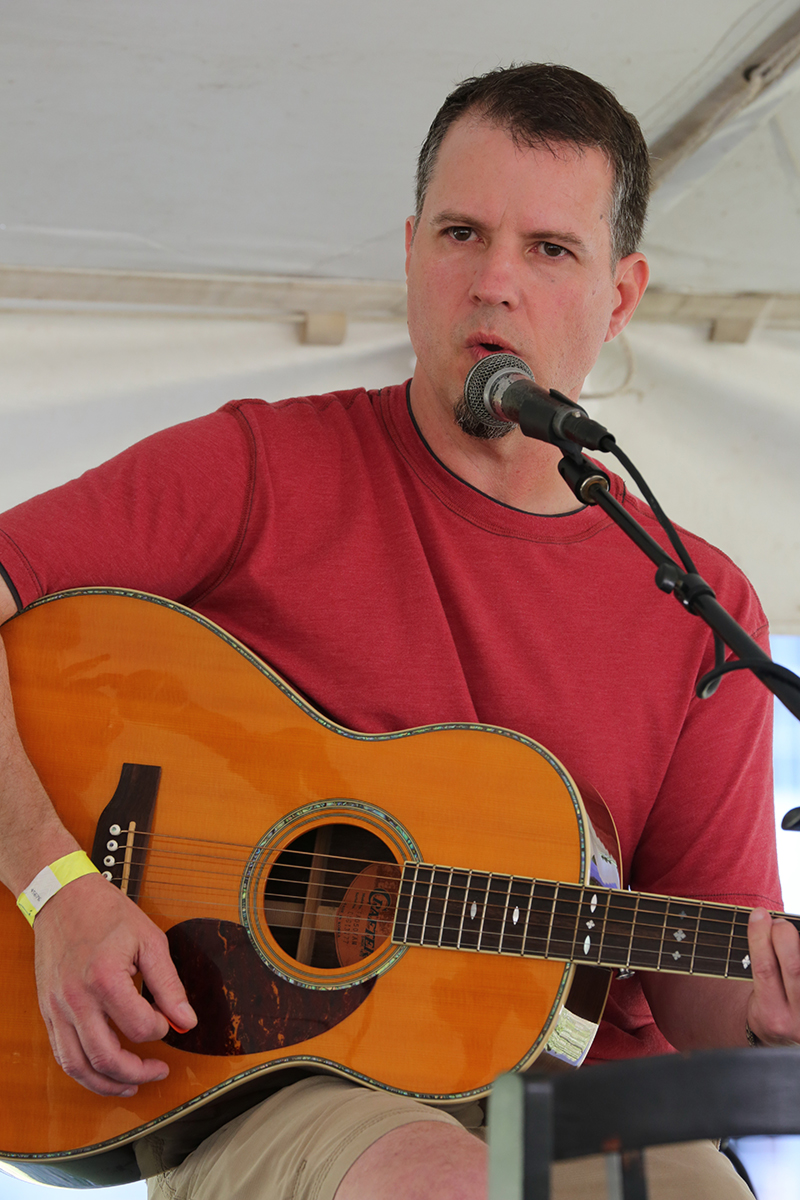 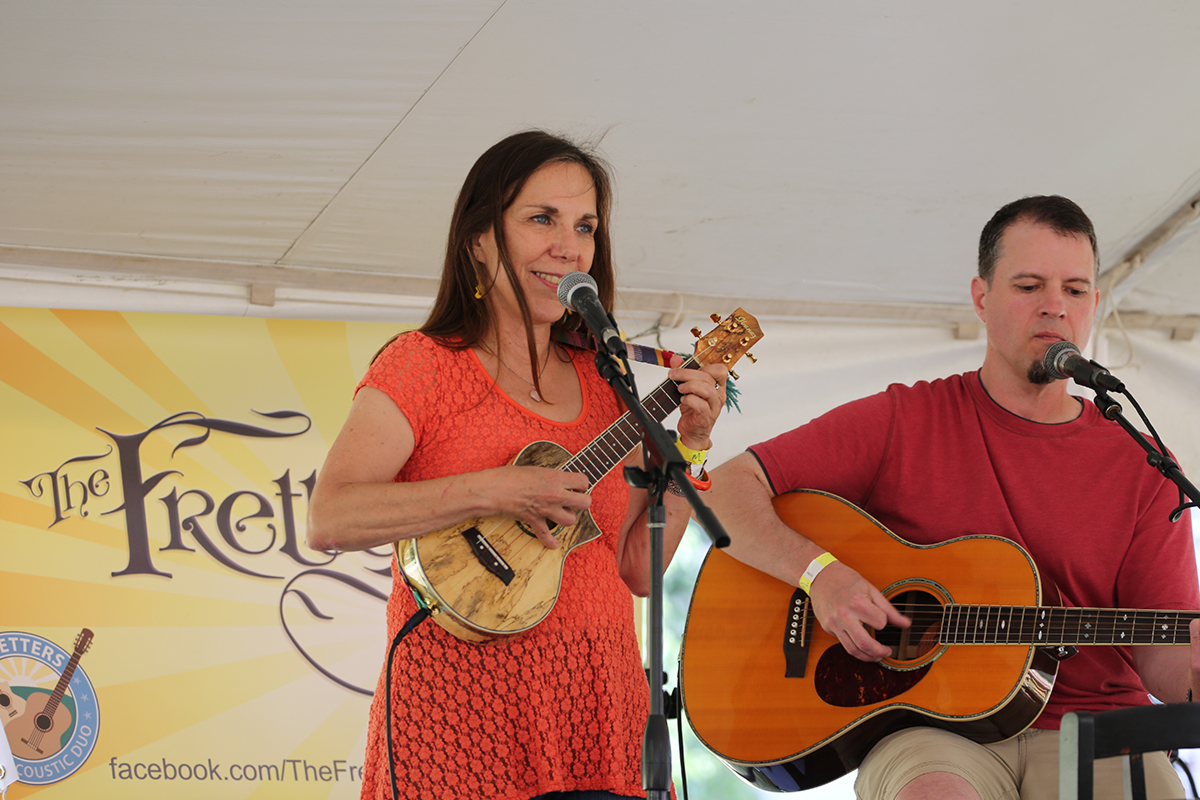 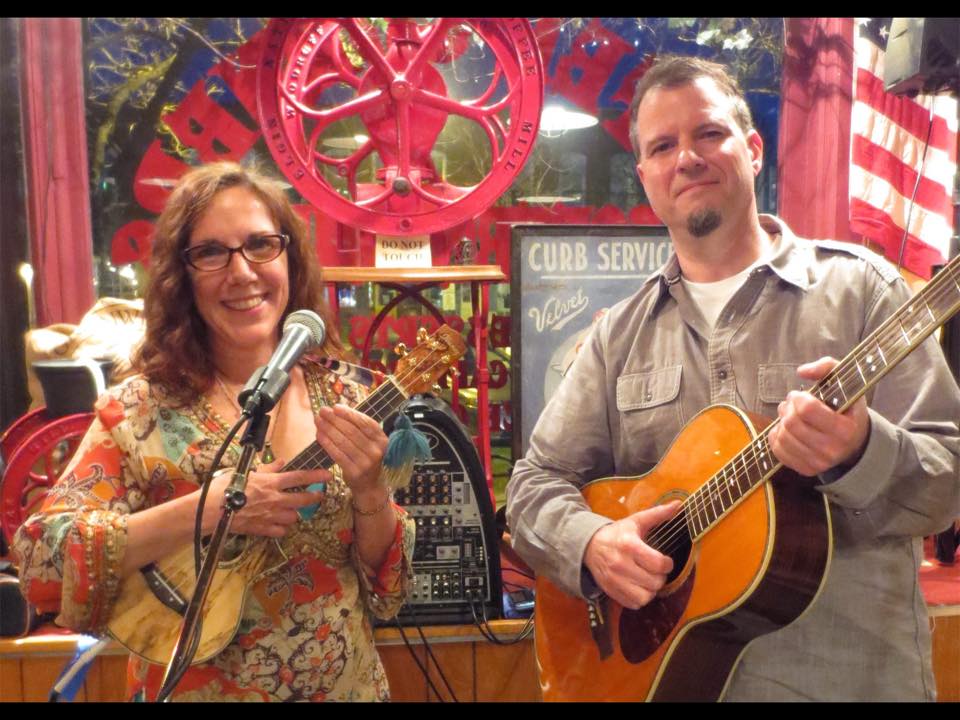 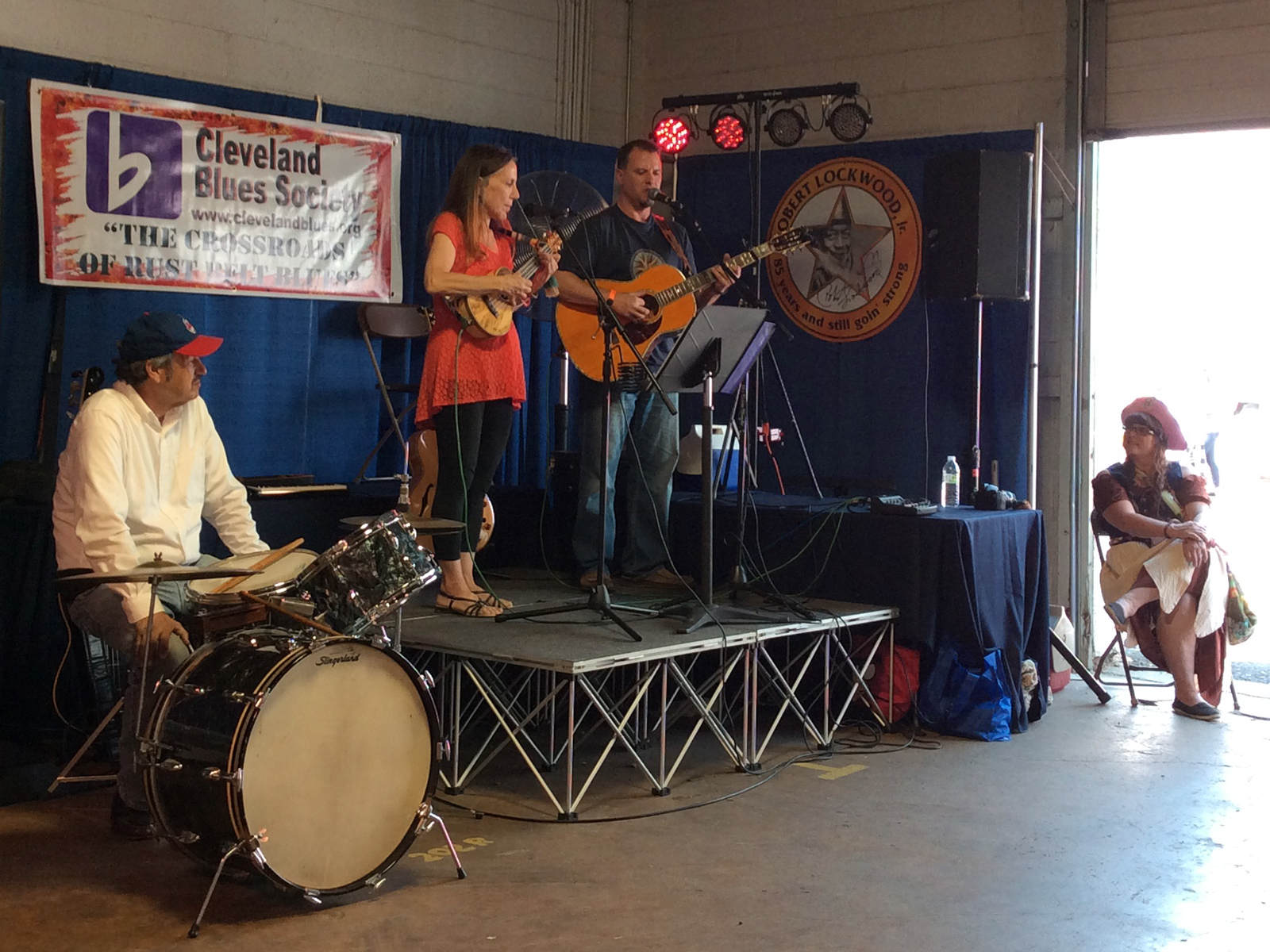 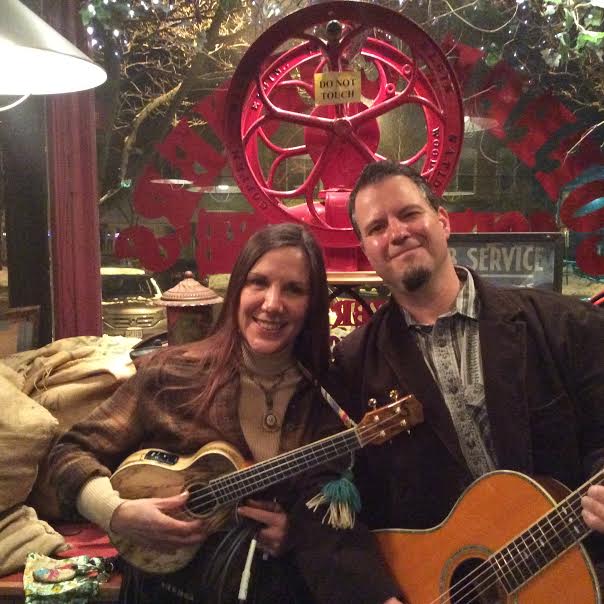 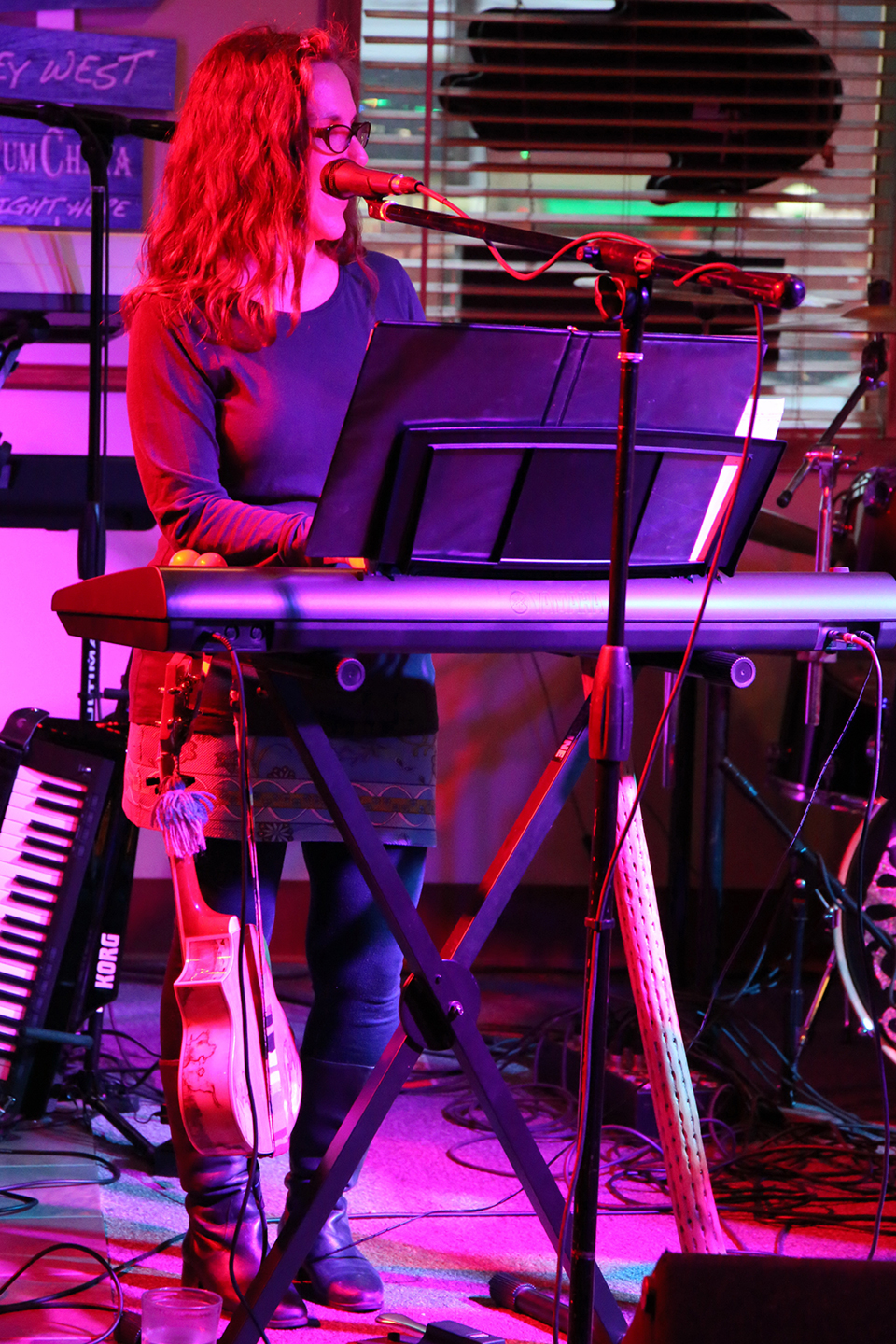 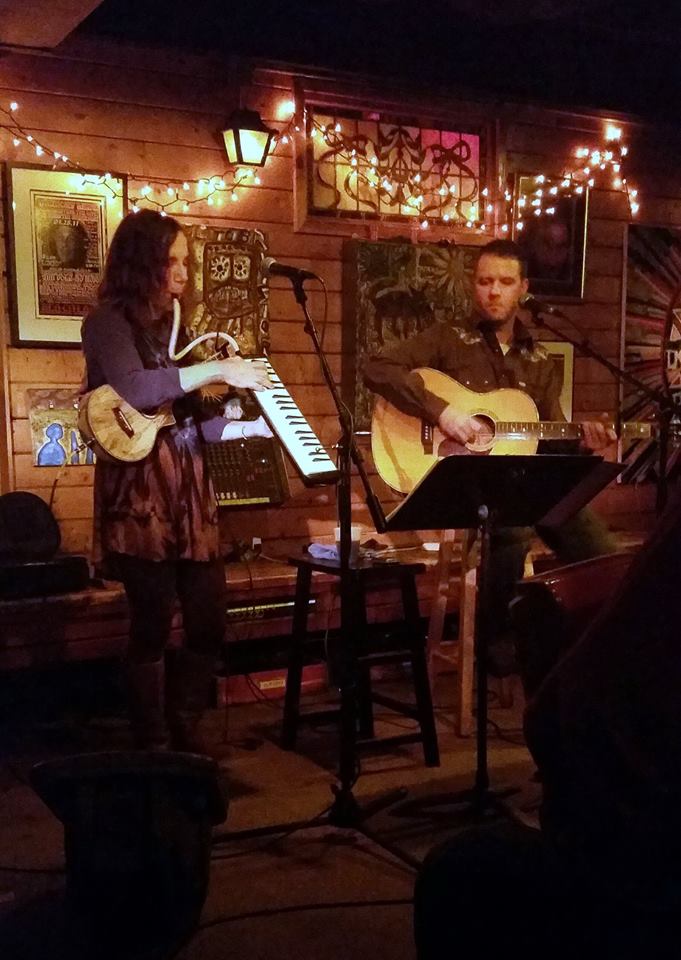 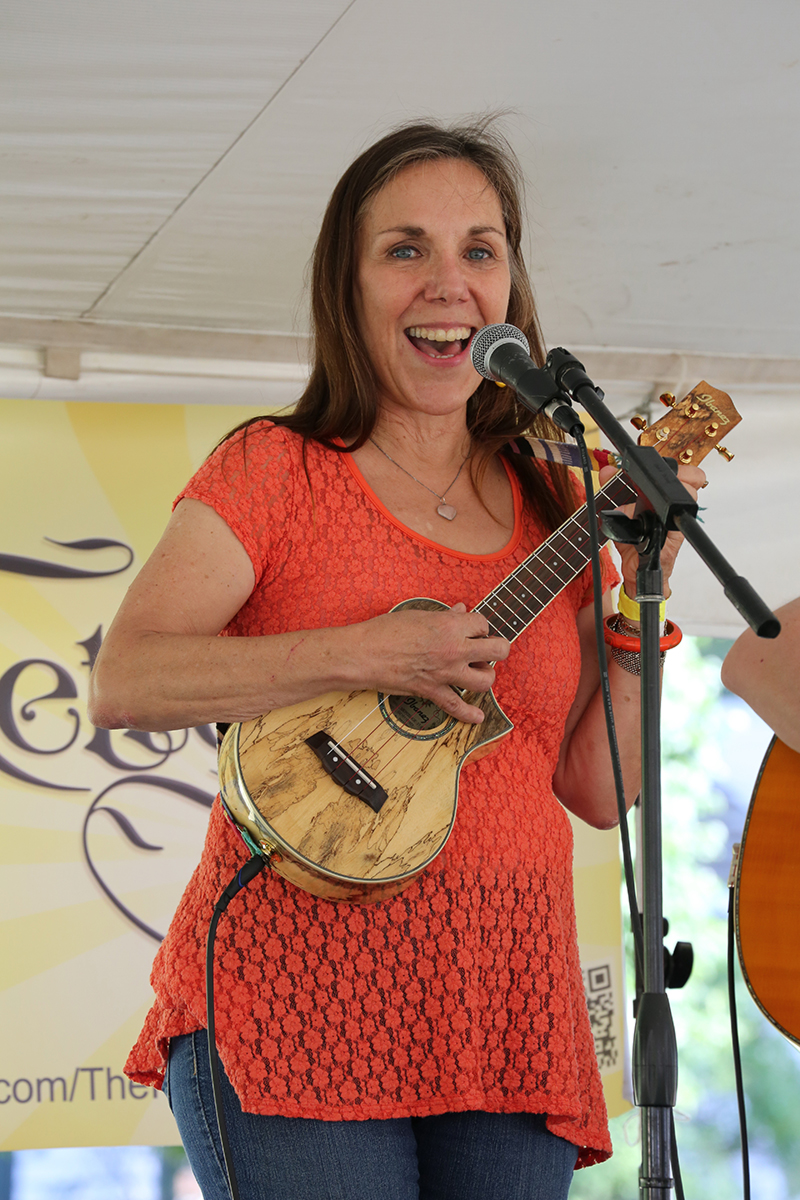 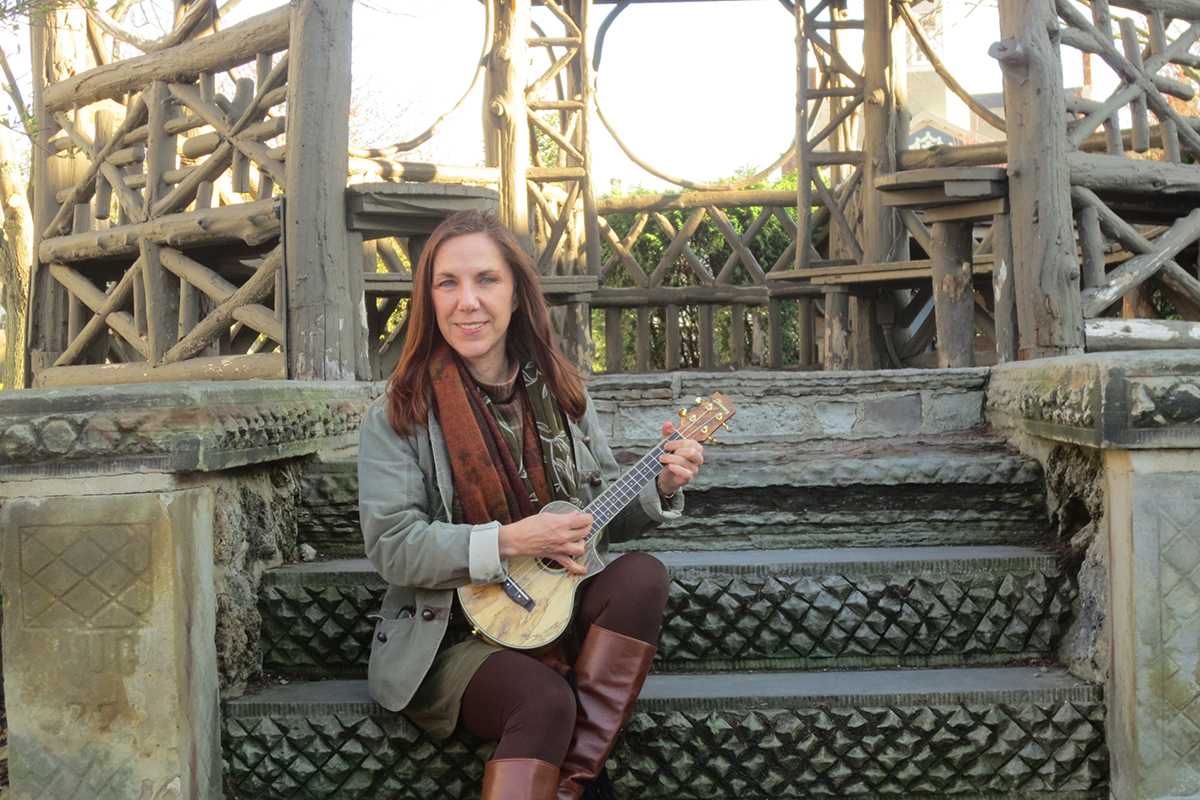 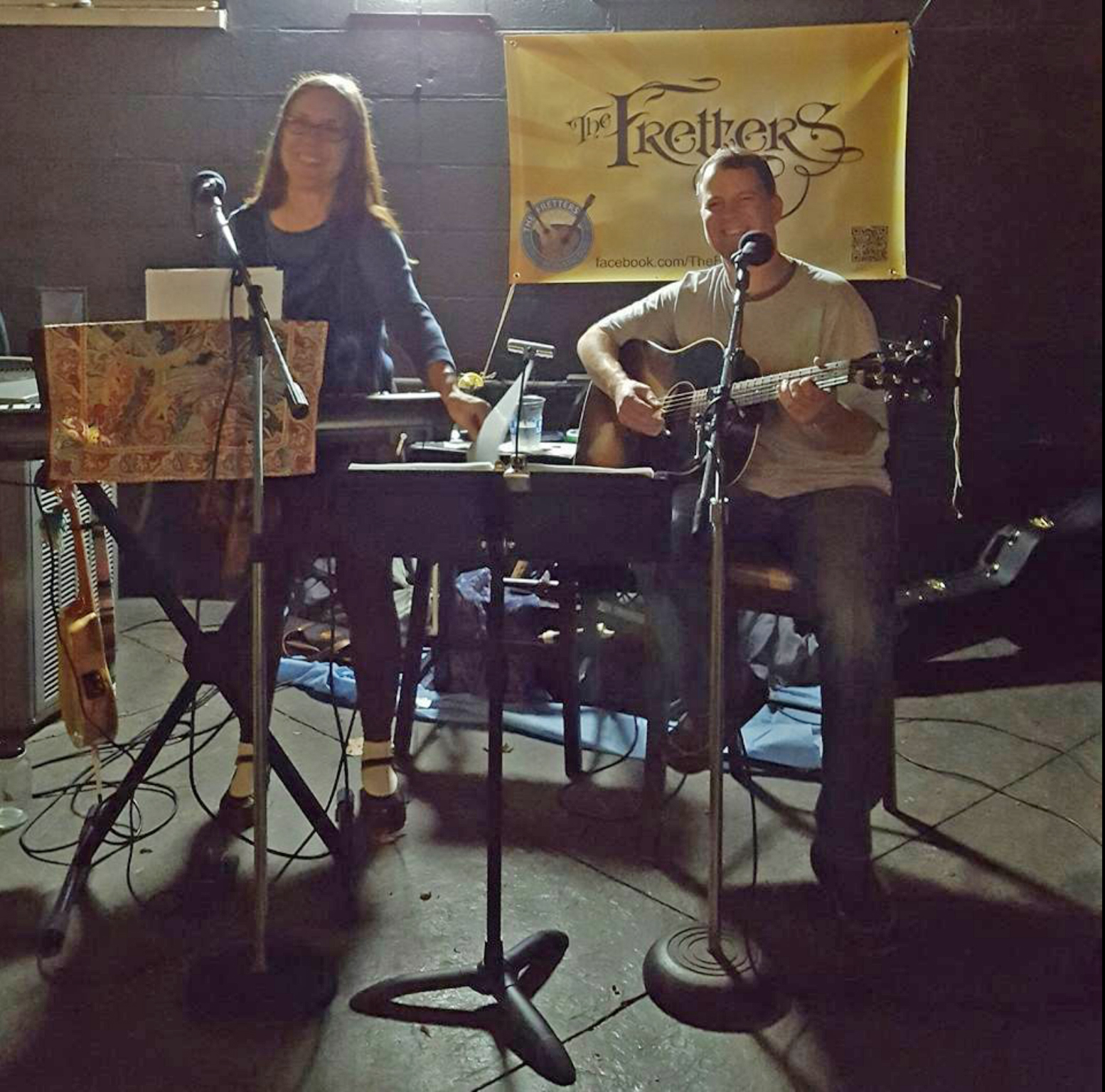 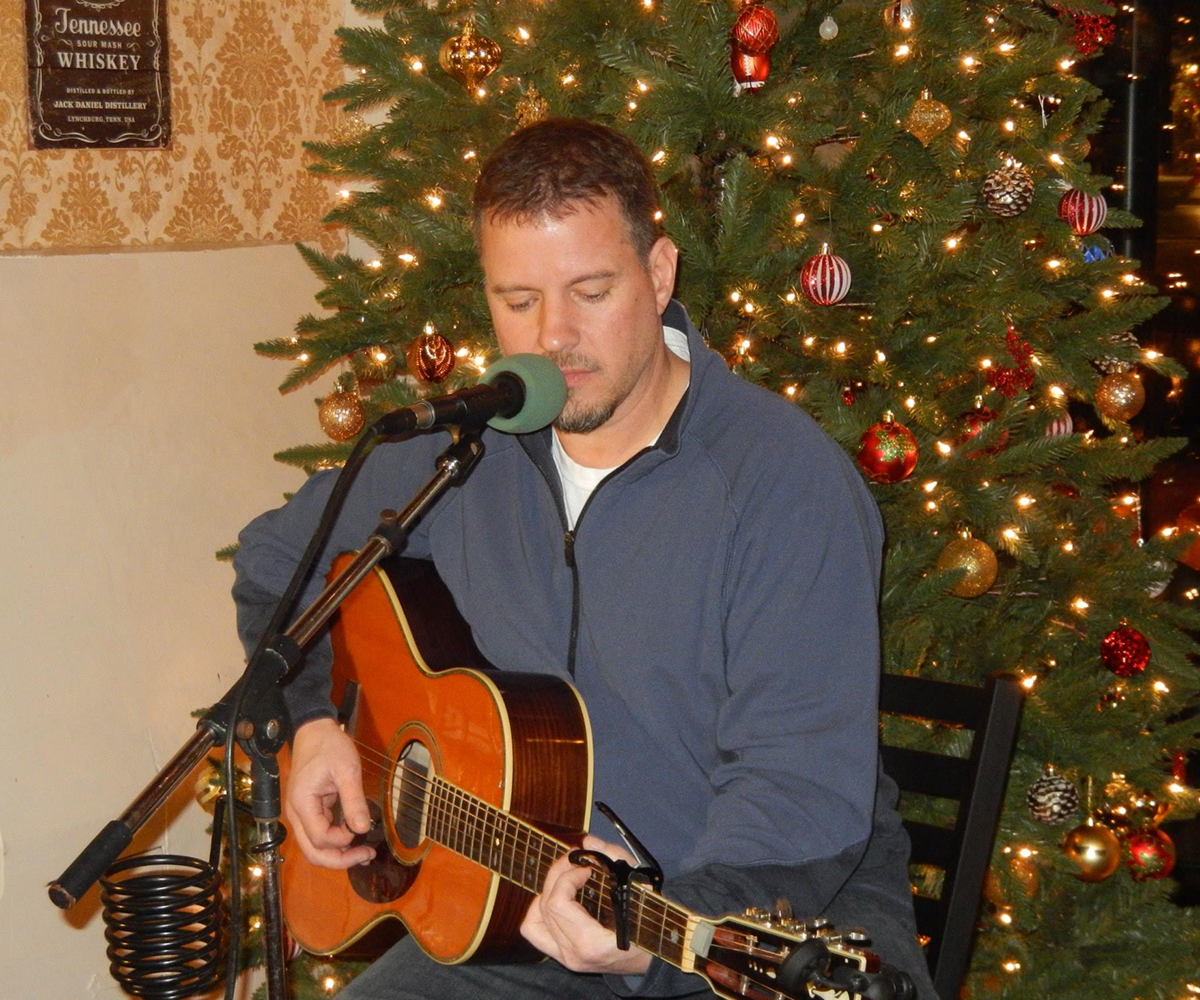 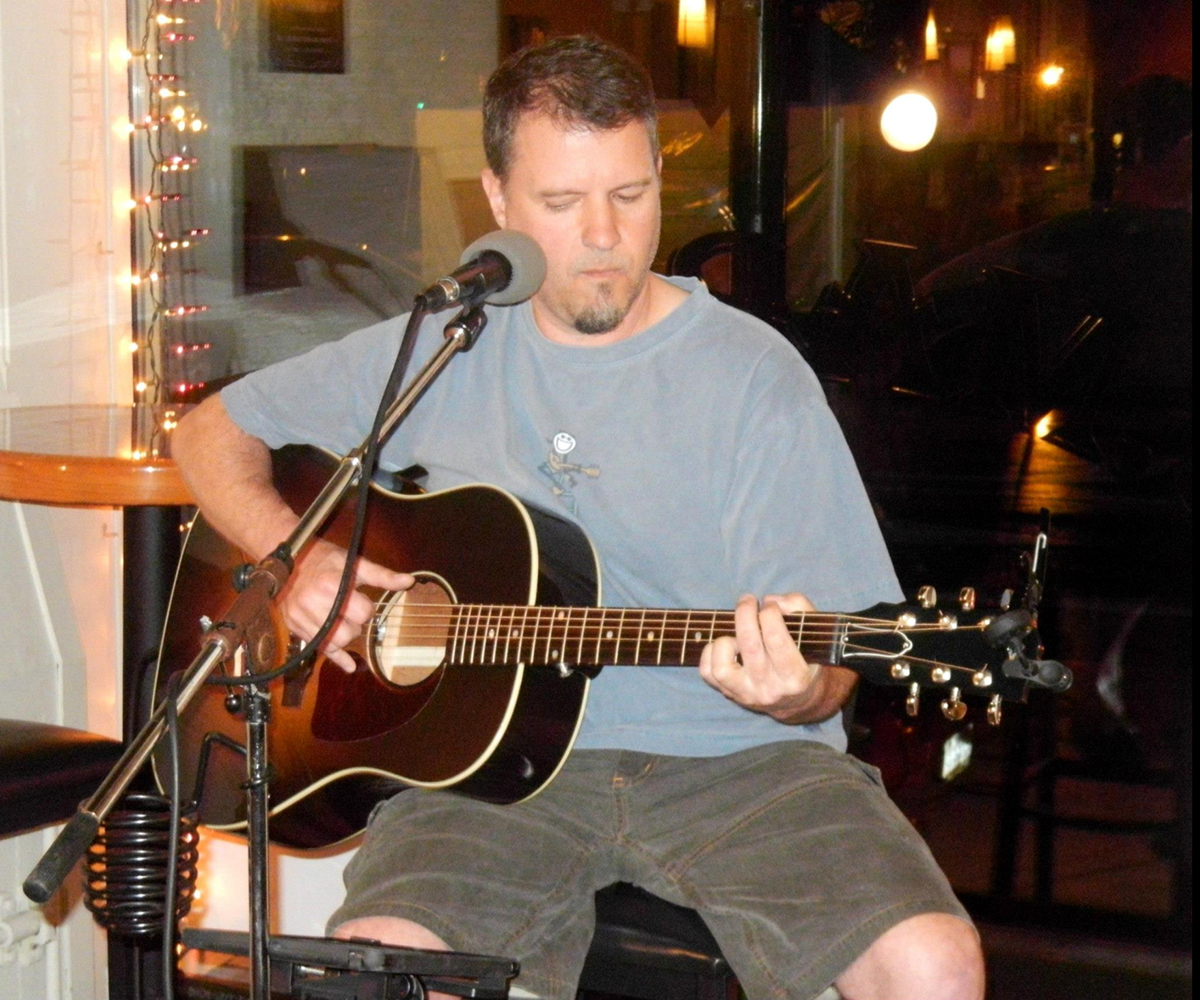 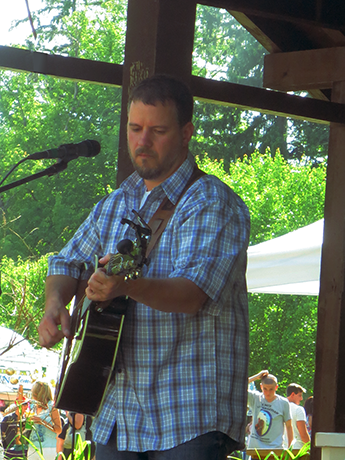 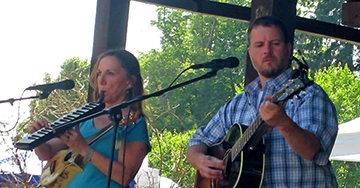 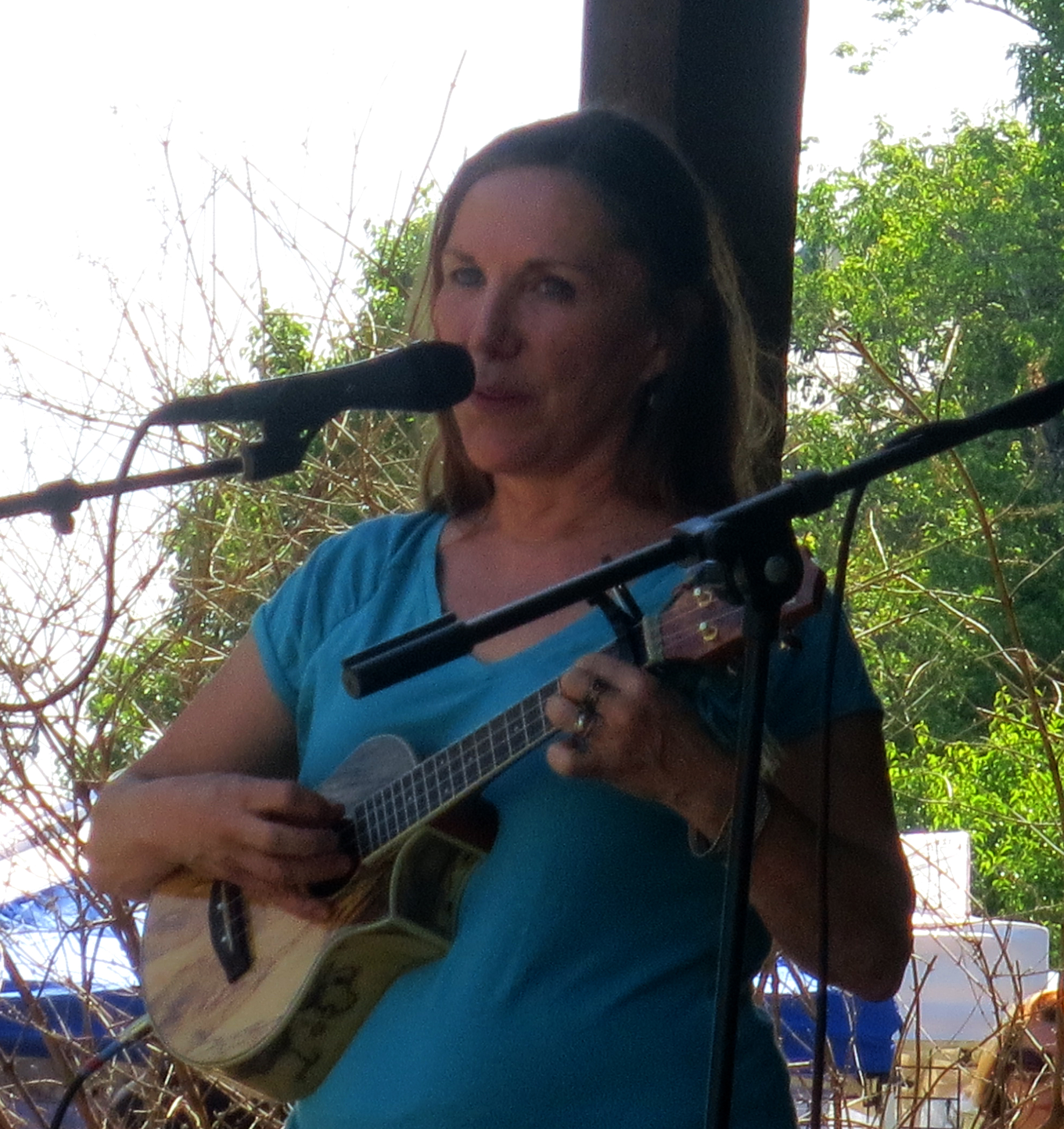